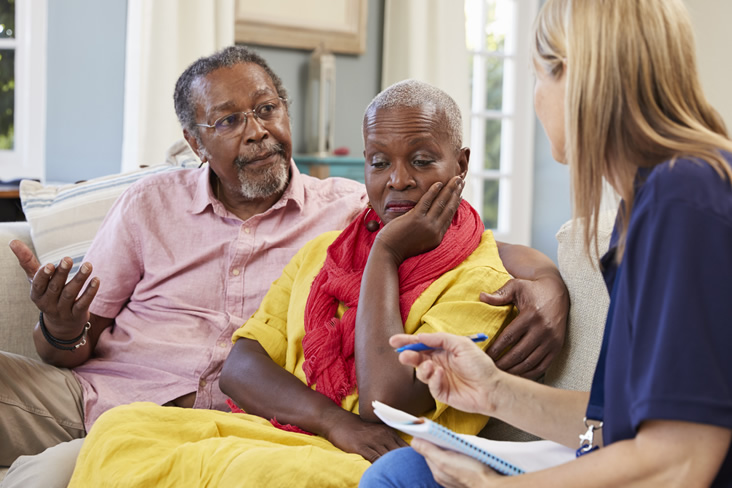 “How did I get here?” is a phrase I often hear at the beginning of my couples work. It is usually said out loud by one of the partners in front of me. If it is not explicitly stated, it is conveyed. This phrase references a marriage that is buried under the pressures of job, children, mortgages, multiple cars, expensive meals and extravagant holidays. It is short hand for people who feel trapped in a life that they have actively and mutually participated in building, and now feel blindsided by how it turned out. By the time they see me, they are stuck between the difficult options of either dialing back their lifestyle choices. Or going forward and continuing to feel overwhelmed. Usually the couple has been functioning for some time as “Co-CEO parents” of their family corporation instead of nurturing (in part) the intimacy of their husband-wife relationship. One or both of them is carrying resentments toward the other. They are emotionally isolated, disinterested in sex with the other, and there is palpable “grief” for the couple relationship they used to share. Each in their own way just want the partner they used to have back!

In Narrative Therapy, which is a well-known form of psychotherapy, there is a concept referred to as “negative (and positive) identity conclusions.”   These are the beliefs we carry about ourselves and about our partners. Examples of negative identity conclusions as they relate to relationships might be, “she is a narcissist who only thinks about herself,” or “he is lazy and doesn’t do anything during the day.” Others identity conclusions that I sometimes hear are, “she is a complainer,” or “he is a party boy who never grew up.” Negative identity conclusions are corrosive. They create emotional isolation in a marriage and pull people apart. They are the doom and gloom of marriage. In Discernment Counseling there is a concept called “hard and soft reasons for considering divorce.” They are decent predictors for whether a couple stands a chance of regrouping and setting their marriage on a healing path. Examples of hard reasons for considering divorce are substance abuse and infidelity. Examples of soft reasons are, “ we don’t communicate anymore,” or “we have fallen out of love.”

In couples therapy one of the early tasks at hand is assessing how hard or soft the negative identity conclusions have become. If a person has “married” their conclusions about the other then in Discernment language I consider them hard. The more entrenched (i.e. hard) the conclusions are, the poorer the prognosis for salvaging the marital relationship. If instead I can assist a partner to “flirt” with their conclusions then we are in a soft realm. And the marital prognosis is better. When negative identity conclusions are verbalized impulsively in front of the other they are damaging and I can almost literally see a partner’s heart closing toward the other. When said to me privately as part of the therapy, while important, they can perpetuate a negative feedback loop that points the speaker in the direction of divorce. “How did I get here” is a cumulative effect that occurs over time. Its building blocks are stored up resentments. These resentments calcify into negative conclusions. The challenge lies in counterbalancing these negative conclusions about the other with more positive ones. These are called in Narrative terms, positive identity conclusions. These types of conclusions hold the other person in a more favorable, more loving light. In the light that used to exist before one or both presumably “got here.”